Albinism and the Built Environment for Low Vision with Philip Mason 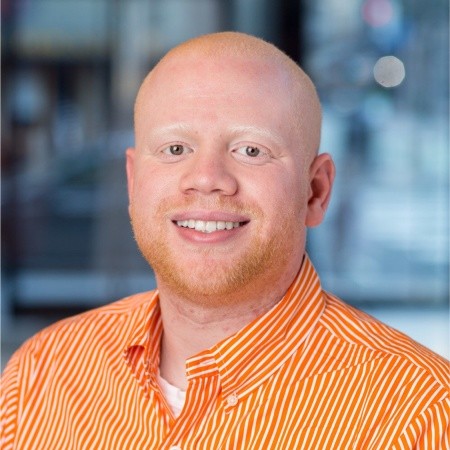 Today, June 13th is International Albinism Awareness Day and joining me today is a force of nature Philip 'Phil' Mason. Phil dives deep into being Black with Albinism and the underlying white privilege that is often associated with it. Phil describes his dream house having low vision and takes a firm stand on designing a world that is inclusive for all. When this episode was recorded, Phil worked for the Disability Rights Fund a grant making collaborative between donors and the global disability rights community that empowers persons with disabilities to advocate for equal rights and full participation in society and speaks to the work he previously completed along with the celebration day https://rb.gy/2f2tky. You can connect with Phil on Linkedin https://rb.gy/2f2tky Transcript: https://rb.gy/fc3sbt

Entertainment Industry & Sickle Cell Anemia with Disney Channel's Ramon Reed hosted by Carden Wyckoff Transcript https://rb.gy/nzc52v Who is Ramon Reed? A native of Charlotte, North Carolina, Ramon Reed began acting at the age of five in community plays through his school, church and with Porch Productions. In 2015, his starring role as Donkey in a North Carolina Children's Theater summer camp production of "Shrek Jr." sparked a more serious desire and love for acting. In 2017, he decided to give acting a real shot and auditioned for Disney’s "The Lion King" musical. He landed the role as Young Simba and toured with their North American Rafiki Company. He performed in 13 cities for 10 months and appeared in four out of eight shows each week. While on tour, Reed was asked to join the award-winning musical on Broadway, where he performed as Young Simba for three more months before he landed his role on "Just Roll With It." Reed stars as Owen Blatt, an accomplished student who thrives on detailed schedules and being highly-organized, in Disney Channel's "Just Roll With It." The first-of-its-kind series is a hybrid of a scripted family comedy and an improvisational comedy in which the studio audience members vote on the outcome of certain scenes. When Reed is not on stage or in front of a camera, he can be found singing, inspiring others, having Nerf wars, playing board games, go-karting, shooting basketball or playing with his baby sister, Skylar. He also loves spending time sharing jokes with his family and friends, whether he is at home or exploring the city. Reed is a Sickle Cell Anemia warrior and is an advocate for ...