Krige was born and raised in Cape Town, South Africa. He was an all-round sportsman excelling in athletics, rugby, squash and surfing.

In 1987 Krige lost both his legs during a military skirmish in Angola. He's a 6 time paalympian. Soon after Krige lost his legs he found his passion in wheelchair racing and transformed tragedy into victory. His first professional tour was in 1991, traveling for six months in Europe to race. In 1997 Krige and his wife relocated to the USA where Caron (Krige’s wife) works as an occupational therapist. Krige raced professionally for 27 years and is now developing his new company, Able Sport.

Inclusive Playgrounds with Art Aston hosted by Carden Wyckoff Transcript https://rb.gy/pt7aat Who is Art Aston? Arthur Aston is a son, brother, uncle and friend. Arthur is the founder and primary consultant of Our View. He was born in November of 1981 with a birth defect called Spina Bifida. This diagnosis would present many challenges for Arthur; impairment to his mobility being the most significant challenge. As a result of his Spina Bifida diagnosis, Arthur uses leg braces and crutches to walk. He also uses a wheelchair at times. Although at birth, Arthur was not given the best projected outcome, now as an adult, Arthur is a living testament to know what it means to have life and to truly live. Arthur has a passion for learning. He holds and Bachelors degree in Psychology from Stockton University and a Master’s degree in Psychological Counseling from Monmouth University. Since October 2013, Arthur has served as Executive Director of Build Jake’s Place a New Jersey Nonprofit organization that creates accessible play experiences for individuals of all abilities (www.buildjakesplace.org). He also serves as General Manager of the Camden County New Jersey Miracle League, a baseball league for children and adults who have disabilities (www.ccnjml.org).  Arthur currently resides in Collingswood, New Jersey. He enjoys spending time with family and friends, writing poetry, reading, attending concerts, Broadway shows, and traveling. Resources Facebook: @Ourview4life Instagram: @ourview4life Twitter: @ourview4life  Follow Carden on Instagram @freewheelinwithcardenFind Carden everywhere Special thanks to my producer Jonathan Raz on Fiverr.com Use referral code 'Carden' when downloading iAccessLife mobile app.     ... 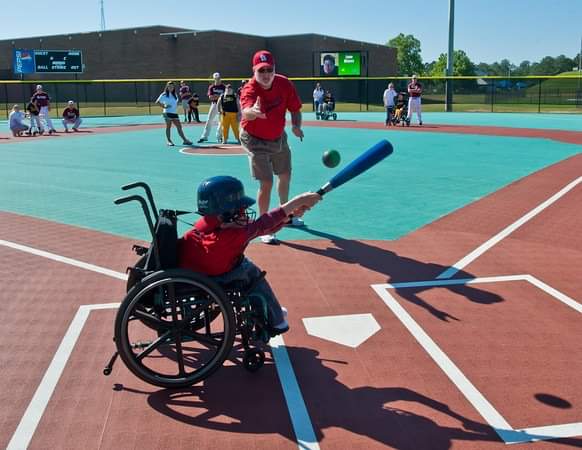 A single thought popped into Peter Ladka's mind in 2006 of 'I wonder how the kid in a wheelchair plays tee-ball' while sitting on the sidelines watching his daughter play. That 'silly little idea' as he calls it turned into creating the nonprofit Beautiful People which provides children and young adults with disabilities the ability to participate in sports adaptively in Orange County NY. They provide baseball, indoor and outdoor soccer and basketball. Volunteers can be a ‘buddy’ that pair up one-on-one with the athletes for as much help as is required for each player. Tune into the journey behind creating the organization and how it is thriving today. Email Beautiful People at [email protected] check out their website http://www.beautiful-people.us/, and find them on Facebook, Instagram @beautifulpeoplesports, and Youtube. Transcript: https://rb.gy/04svkb ...