Freewheelin with Carden
We Hear You ASL with Pierre Paul

We Hear You ASL with Pierre Paul hosted by Carden Wyckoff

Who is Pierre Paul? Crohn's Disease with Georgina from The Circle UK on Netflix

Georgina Elliott openly shares life living with Crohn's Disease and colitis. Listen into her story living with a stoma bag for several months. Her key take aways are to be patient and be as open and transparent with your job/ school to seek accommodations. You can find her on  Instagram @georginaaurelia, Youtube channel https://www.youtube.com/watch?v=d2FwkAgwZHQ&feature=youtu.be or catch her on Season 2 of the Circle UK https://www.netflix.com/title/81044551 Transcript: https://rb.gy/3l3v2c  ... Tune into this week's virtual episode with Becky Curran Kekula as she shares her story being a little person, growing up and advocating for the disability community. She dives into the requested accommodations in school, home, work and travel while breaking down common stigmas the world portrays upon her. Becky's positive and kind outlook on life despite all the obstacles is refreshing to hear. You can connect with Becky at http://www.beckymotivates.com/ or https://disabilityin.org/, an organization that empowers businesses to achieve disability inclusion and equality. Transcript: https://rb.gy/4enubl ... 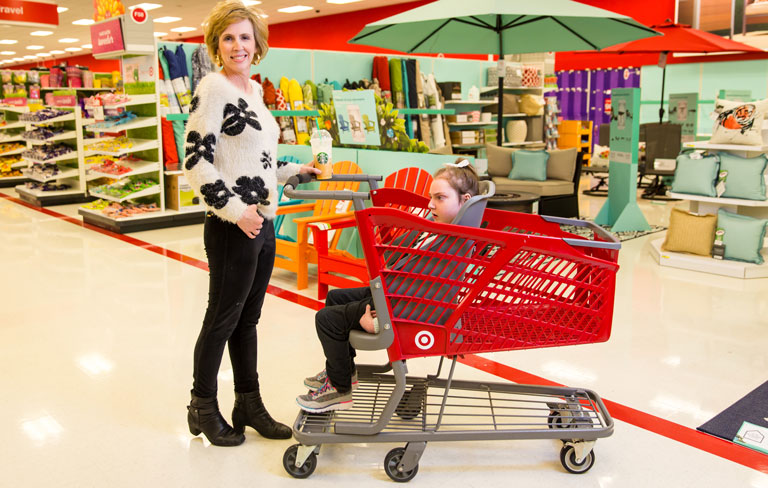 Caroline's Cart an adaptive shopping cart a conversation with founder and mother Drew Ann Long led by host Carden Wyckoff Transcript: https://rb.gy/pwqhrk What is Caroline's Cart? Caroline’s Cart provides caregivers a viable option to transport a special needs individual through a store while shopping, without the impossible task of having to maneuver a wheelchair and a traditional shopping cart at the same time. You may have seen one in Target, Wegmens, or Loews. It is named after Caroline, the special needs daughter of Drew Ann and David Long. Drew Ann Long saw the need for Caroline’s Cart after realizing her special needs daughter would outgrow a typical shopping cart. Caroline’s Cart has now become a reality. Retailers such as supermarkets, hypermarkets, shopping centers, and malls offering Caroline’s Cart will provide a valuable service to many families in our communities It is currently manufactured by Wanzl a Technibilt company in North Carolina, the largest shopping cart manufacture in the nation. Drew Ann’s hope is that one day all retailers will provide an equal opportunity shopping experience for parents and caregivers of special needs individuals by furnishing them the option of a Caroline’s Cart. All familes and their special needs individual deserve this shopping option. Go to carolinescart.com to find a map of stores that currently offer Caroline's cart and there are materials as well to help bring Caroline's Cart to your store. If you are a current store manager, we strongly recommend purchasing one to be a more inclusive store.  Episode Highlights: Background on Caroline's Cart and where the idea came from Overcoming the obstacles of finding a manufacturer and the financial burden of developing a product  The strategy behind having a conversation with managers about accessibility ...